2002 Generica by Will Ferguson

Lesson 55
How to laugh in the book publishing business 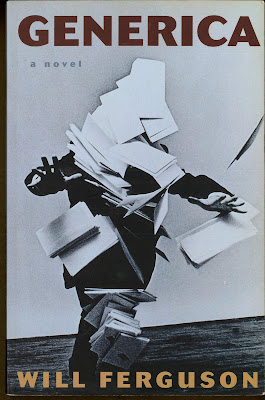 “This is brilliant--too bad it’s written by a Canadian.”

When I first heard about Will Ferguson’s novel Generica, I liked the idea but thought the book would fail. It describes the devastation caused by a self-help manual that really works. The concept appealed to me because it took advantage of the self-help craze without buying into it. But I thought that sales would plod along under the yoke of the Canadian literature brand.

In 2001, people like me could still assume that a first novel by a Canadian, no matter how clever, would flounder, and the Ottawa Citizen could still regard Will Ferguson as neither an “A-list” nor a “B-list” writer and presume that any book he wrote would be “uninspiring.” None of these presumptions would endure beyond 2002 and the success of Generica. The book ultimately made it onto store shelves in thirty-three countries.

I can pinpoint when I first learned about the book because I remember being confused when another based on the same concept came out. That second novel, entitled HappinessTM, appeared in late 2002, had the same author, and had almost exactly the same content. Eventually, I figured out it was the same book with a different title.

In time, HappinessTM took over the book’s cover throughout the world, but Generica persisted in Canada long enough to make this the name of the 2002 Leacock Medal winner. The award celebrates that original title, the one that was about to disappear. The Leacock Medal can be proud of its prophetic association with the book’s Generica phase.

But Ferguson must have suffered in the irony. The award for a disappearing title could have been a scene from the novel, which mocked book writing, publishing, editing, marketing, and consumption even more than the subset “self-help” industry.

Funnier than many others on the Leacock Medal list, this book has an edge that probably flows from Ferguson’s years of stewing over his subject: how to sell books in quantity into the baby-boom bubble and the U.S. market.

The book business can dispirit anyone who has made it his or her life’s purpose. Even with the liberation of e-books and print-on-demand, works that are innovative, thoroughly researched, and well written by respected standards (like this one) never find a publisher, let alone a market; whereas formulaic novels, the autobiographies of professional wrestlers, books written within days to exploit hot news, and twenty-first-century snake oil sell in the millions.

Generica/ HappinessTM not only puts these trends on steroids but also satirizes the society that feeds their success and feeds off them. For this reason, Ferguson sets his story in a large US city, unnamed but New York-like, of “scurrying office workers . . . on a merry-go-round where the horses have emphysema.” Those scurrying through the streets to their giant “filing cabinets” include Edwin Vincent de Valu, slush-pile editor at Panderic Inc., a publishing house that relies on an author known as “Mr. Ethics.” When Ethics flees from charges of tax fraud, Edwin’s boss, a boomer with a Chihuahua’s-penis ponytail, puts pressure on Edwin to find a replacement book of the self-help ilk.

Edwin had just skimmed What I Learned on the Mountain, a manuscript submitted by the unknown Rajee Tupak Soiree. Soiree’s book presents the world with a manual for losing weight, quitting smoking, getting rich, enjoying great sex, and achieving eternal, blissful happiness. After episodes that put Edwin in a trash compactor and seagull feces, the self-help work finds its way into publication, triggers the collapse of world economies, causes a cultural upheaval, and reduces almost all of humanity to a generic, vacuous personality. Soiree becomes a cult leader whose worshippers include Edwin’s wife, Jenni, and his true love, Bea.

Edwin, his boss, and Ethics, unaffected by the plague of happiness, see the darker side. They set out to kill Soiree, learning in the quest that the true author, a trailer park hermit in Paradise Flats, Texas, invented Soiree and hired an actor to play him.

Through these characters, Ferguson laughs at authors, editors, publishers, and promoters, while sometimes weeping inside.

Today, the reprinted HappinessTM opens with dozens of rave reviews from around the world. But when it first came out as Generica, Canadian critics were the only ones paying attention and were not so kind. Several complained that Ferguson took too much time to move the story along, went overboard in pounding his pet peeves, and was at his weakest in putting long, philosophical speeches in the mouths of his characters. Yet even those most critical admitted to finding the book, at least in sections, very funny.

The humour pokes out of the un-Canadian, unkind, unsophisticated bits: the breaking of Edwin’s finger, on principle; the severing of Soiree’s nose-picking digit while it was at work; Edwin musing a miserable death for his co-worker Nigel; the guru’s devotion to lots of sex, and the recruitment of fawning underlings; and a parody in the style of the Seven Habits of Highly Ethical People, In the Name of the Tulip, and Chicken Broth for Your Aching, Needy Heart. 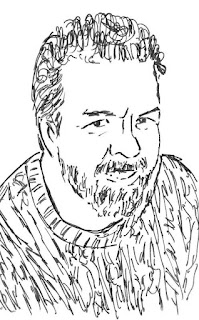 Ferguson does, however, beat the novelty out of the happiness-linked-to-sadness idea. He starts on page eleven of my copy of Generica with mono-no-aware, the Japanese term for “the sadness of things”--the ever-present pathos that lurks below the surface of life. He repeats it periodically throughout and then again in the closing confrontation. The repetition of this idea made me laugh at my evolving “insights” on humour and their link to “the pathos lurking below the surface” of my own life. It reminded me, too, of something Ferguson said at an Ottawa book event: “Everybody thinks they’re deep--everybody--we all think we have profound thoughts."

Ferguson’s book shows Canadian writers not only how to laugh at the frustrations of their context and at themselves, but also how to do something about the situation.

Will Ferguson succeeded in doing what he ridicules in this book, purposely feeding the US and international markets. But he also induced people to part with their money at the bookstores by writing about something that interested and motivated him personally.

Writing satire requires such a balancing act. You want to make a point, but equally, you want to be funny. Those early CanLit critics who wanted Will Ferguson to move the Generica story along more quickly and edit out the obvious jokes were probably ignoring the importance of the second objective: the funniness of the journey.

If Ferguson had taken such advice and listened to the “everybody thinks they are deep” voice in the back of his head, he would not have written Generica. But he could have produced another proud, well-written work of literature: one that was neither funny nor popular beyond our borders and that might have melted into the generic mass of nothingness . . . too often coupled, in the past, with that phrase, “it’s written by a Canadian.”
Writing Exercise
Write a short story about a book on humour writing that actually helps writers.
Newer Post Older Post Home