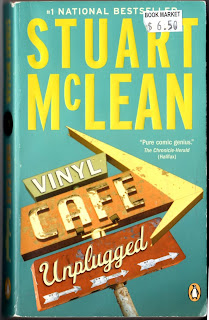 My den looks like a furnished dumpster. I love books--real books, not pixels on a screen. Pages bound together, inside a cover, and in my hand make me feel things inside, and they pile up around my home. I have too many.


Yet when I decided to read the Leacock Medal winners, I resolved to buy more and add to the pile. Although e-books and scans are better instruments for searching and referencing, I wanted bound paper books for souvenirs as well as study. This irrationality led me into a treasure hunt that not only brought treasures into my hands, but brought me into bookstores and homes where I met other enthusiasts.

It also made me a better audience for Vinyl Cafe Unplugged, the second book to win the Leacock Medal for Stuart McLean. The first winner, Home from the Vinyl Cafe, did not really talk much about the Vinyl Cafe, Dave’s record store. It focused on domestic life--being “home from” the store.

Unplugged, on the other hand, devotes a lot of attention to Dave’s store, his career choice, and his backstory as a rock group manager. The 2001 medal winner reflects an evolution of the Stuart McLean series with a move into general themes, such as the wistfulness we feel over life choices--the practical, career, and money-oriented type; or the dreamy, used-record-store kind. This question can trouble anyone who has deigned to pursue a career in creative writing or, alternatively, has rejected the idea as absurd. 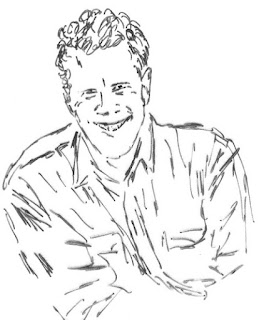 The issue surfaces in many of the Unplugged stories: those about Morley’s university friend Susan, Dave’s exchanges with neighbour Mary Turlington, and the visit from “overweight and overbearing” Cousin Dorothy from the village of Hawkhurst, South Kent, England. Comparisons make Dave and Morley twist over their priorities and their commitment to the Vinyl Cafe.

Dave has the hardest time. He strains “to open his record store . . . more or less on schedule every morning” and bristles at official processes. The story of his late Uncle Jimmy, an electric razor held together by twisted wires and duct tape, and airport security illustrates his tension with the rigid world.

Despite their Vinyl Cafe tendencies, Dave and Morley try to maintain a rational side. They save $200 per month without precise plans for its use. Morley has practical ideas, but Dave dreams of buying an Austin-Healey. He tries to do some electrical work to preserve the nest egg and in the process induces renovations that consume the money for responsible purpose.

Together, the stories suggest that life will always be a struggle to find balance. I saw this tug of war in the musings and decisions in almost every book I read this year. We all have to find our own balance between the rational and irrational, the dreaming and the practicality. Dave and Morley's success rests on a Canadian compromise.

My pile of old books now makes me think of my Leacock Medal whimsy, of how hard it would be to sell old records or write for a living, and of the possibility that the time has come to give in a little, tidy up the den, and do some chores. Someday.
Writing Exercise
Think of the most absurd business you can and then explain why running it would make for a great way of life.
Newer Post Older Post Home