We're All in This Together - Amy Jones 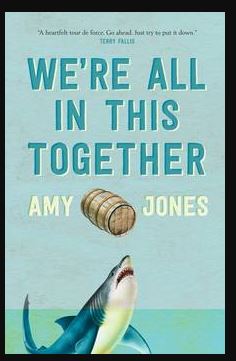 I put my hands around We're All in This Together, a shortlisted-2017-Leacock-Medal book, in an awkward, hesitant way - arms outstretched and wary.

Committed to reading the finalists and medal winners to come, I know I must take these new arrivals into the family. But part of me doesn’t trust them.

Even though many of the past Leacock honorees are imperfect and rough, I will defend them all when pushed.  I have too much invested to just throw them into the trash when something different comes along.

This new book, by Thunder Bay writer Amy Jones, also had a reputation.  It was said to talk of a young woman’s flight from home, return, and struggle with a chaotic cast and past.  It sounded like many other novels including some recent medalists and runners up.

Last year’s winner Republic of Dirt and shortlisted When the Saints are a pair.  I liked both, but from different angles. The first because it told its story through distinct mouths and minds, and the second because it made me laugh a lot.  The 2013 medal conqueror Dance, Gladys, Dance choreographed quirky characters into a family-like ensemble as well.

Before taking on Amy’s effort, I had been seduced by her shortlist sister Take Us to Your Chief and had already made up my mind that this other book had to be the mundane one.

What could this new book do - other than make things more crowded and messy?

You can’t choose family.  So, I went home, spent a few nights with her, barreled ahead, and did my duty to the Leacock Medal community - like a chore to be completed just because it was time.

But the book is not the way it seems from the outside; it foams with a crazy kind of beautiful that “drops, bangs and flips” its way into your heart and radiates an edgy hopefulness. It blends a lighter version of dysfunction-based humour with a graceful invocation of different perspectives. It sneaks up and plants richer situations and people in your head before you know what is happening.   And if you’re a wannabe humour writer, you learn, change.

Different perspectives always come closer to the truth than one, and We’re All in This Together makes those synergized truths easy to absorb with quality writing and, as Amy notes often, not-a-screenplay authenticity.

Purported protagonist Finn Parker, a young woman with a master’s in English, ESL teaching time in Japan, and a technical writer job in Toronto, has distanced herself from her family, particularly her identical sister, who shared Finn’s DNA, appearance, and boyfriend.

But news that their mother Kate is in hospital in a coma brings Finn home. Sixty-three-year-old Kate went over Kakabeka Falls.  In a barrel.

Finn and her mother provide touchstones in the story that follows, but many other characters take centre stage and many times, events are told seamlessly from different experience and different information bases, and, again, this is the feature of We’re All in this Together that sets the book apart in the Leacock Medal pantheon for me.  The characters really are all in this equally.

It is done so well – despite courting a “Jump the Shark” ending -  that I now wonder how it is possible to really care about characters if the author doesn’t use these techniques. 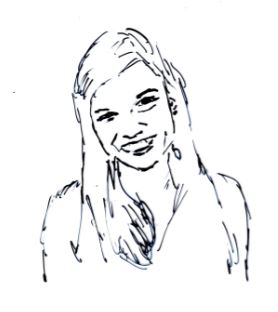 I also like that the Leacock Medal shortlist recognized a story set in Thunder Bay.

My sister lived with her first love in the Lakehead city, and my son worked out of there forty years later. I have even written a book myself about a young woman with some career and family turmoil set in Thunder Bay and feel attached though I am Ottawa-distant.

The city is a unique place.  Surrounded by the Kakabeka-kind of natural wonders, it also has an artistic and cultural side, a function, perhaps, of its separation from others and the magnified community that comes with it.

So, another part of me, the one twinned with the distrustful side, wants to see the Leacock Medal evolve and thrive in the era of viral videos of people falling, chat room meetings, Facebook photos, and bumbling book blogs.

This part embraces We’re All in this Together eagerly, and my two views come together and recognize the book as a place that fits those new techniques with the past to form something entirely different and better.

If this was a movie, I might clutch onto this excuse to revisit my own past, hop on a plane, and go to Thunder Bay.  But this is not a movie, and I spend all my money on books.

Describe events leading up to the April 2017 attack on the Champs-Élysées from the perspectives of attacker, the murdered police officer, and a Canadian bureaucrat walking up the Avenue to his hotel.
Newer Post Older Post Home