Lesson 51
The role of an unreliable narrator 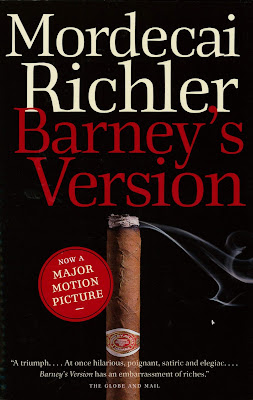 A cancerous kidney and surgery in a Montreal hospital forced Mordecai Richler to cancel his trip to Orillia for the Leacock Medal banquet in June 1998.

He died three years and one month later,cementing the similarities between his medal-winning book, Barney’s Version, and the classic that inspired it. Richler wrote Barney’s Version as his final novel and as his own version of Don Quixote, a book ranked as the most influential in history by Nobel Laureates, literary scholars, and me.

The motivation for using the Quixote structure might have come from the intellectual test or the seduction of a great story idea. But I would guess, given Richler’s personality, that he liked the format’s capacity to tease and challenge.


Richler has fun with his readers in many ways. He twists the characters and the plot, and he tries to hide his model. For example, the narrator, Barney Panofsky, cites dozens of novelists and thinkers--Faulkner, Twain, Joyce, James, Shakespeare, and many others--but he purposely leaves out Cervantes, an author who also fell ill and died shortly after finishing the final version of his book.

The sleazy, cigar-and-scotch Barney might not seem much like the righteous Quixote, but both men are driven by a quest and by the love of a woman. Quixote dedicated himself to the ethereal Dulcinea. Barney engages in the impossible dream of winning back Miriam, his third wife. Just as Quixote saw the world as rose-tinted, Barney has his own take on people. His first wife, Clara, dismissed as a flake by others, enchants Barney, who sees her and his drinking buddies to be just as virtuous as Quixote perceived ladies of the evening and innkeepers.

Barney’s best friend, the addict Boogie Moscovitch, does not map perfectly onto Sancho Panza. Yet both sidekicks have a dependent relationship with their protagonist, act as foils, and fluctuate between common sense and the silly. 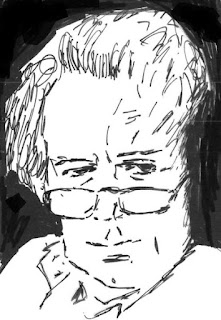 Barney, like the Cervantes classic, uses a huge cast. Quixote and Sancho encounter and spoof all elements of religious, cultural, and economic life in sixteenth-century Spain. Barney’s Version pokes at 1990s separatists, Jewish Montreal, and hockey, while passing through a crowd that includes wives, children, foreign friends, conniving businessmen, Barney’s policeman father, and Duddy Kravitz. Don Quixote often follows other characters without the hero, thus being split into different stories. Barney also pursues separate narratives, a murder mystery and a love story; it loops back and forth from flashbacks to leaps into the future and the recitation of letters written as vengeful pranks.


Even the love story is divided into distinct parts around Barney’s marriages: first to the bohemian Clara, then to a Jewish princess, and finally to Miriam, whom he meets on the night of his wedding to Wife No. 2.

Aging writers might find cheer in a story populated with forgetfulness and misstatement that still engages. Barney also helps those racking up the years with a reminder of the impact that bitterness can have when not mollified with imagination. Don Quixote carries this message as well. Other parallels reside between the lines and in the details of the two books, but none of this fully describes the inspiration Richler pulled from the pages of Don Quixote.


The CanLit icon wanted most of all to exploit the interplay between the real and the imagined through the mind and voice of an ultra-unreliable narrator. Barney, whose unreliability flows from creeping Alzheimer’s, alcohol, age, and a weakness for irony, put his story in writing as a reaction to the memoirs of his former friend McIvor. Miguel de Cervantes narrated Quixote in the guise of a translator of Arab text based on second-hand accounts and, in the second volume, in reaction to a fake Quixote sequel. Not surprisingly, both stories jump around and digress.

More than other formats, the unreliable narrator forces readers to think for themselves, to do their own research, and to read more. This makes Barney’s Version and Don Quixote worthy of repeated reading and study. It’s also a good idea to check them again after reading this because I see Don Quixote in every novel, and I made up some of this stuff about Mordecai Richler.

Writing Exercise
In one to two thousand words, tell the story of your life as if you were in the advanced stages of Alzheimer’s and had just finished a bottle of scotch.
Newer Post Older Post Home