Leacock Medalist and the Tragically Hip 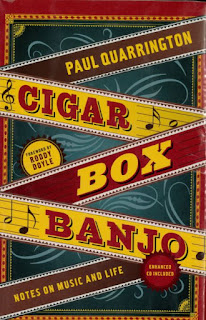 No one can really know what Gord Downie is feeling and thinking right now.

But you might get a glimpse of the swirl of emotions and memories in the pages of Cigar Box Banjo: Notes of Music and Life by Paul Quarrington.

Like Downie, Quarrington was an inventive Canadian musician, composer, and singer struck by terminal cancer in his fifties, and like the Tragically Hip frontman, Quarrington devoted a big part of what he believed to be the remainder of his life to music and touring with his band – sometimes with an oxygen tank in tow. 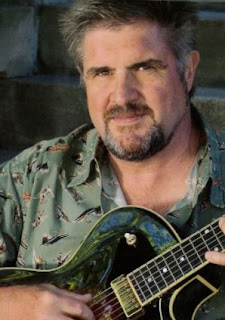 I picked up Cigar Box Banjo last week as the Hip’s final concert approached and found some comfort in the thought that Gord Downie might have time to reflect in the same way.  Quarrington had talent and well-honed skill for putting such reflections to paper.   I loved his Leacock Medal winner and 2008 Canada Reads champion King Leary.  But he had many other books and other recognitions for writing to attest to his ability to touch and share thoughts with words.

In a way, it might have been a surprise had he not written Cigar Box Banjo.

If you read it, you will recognize it as the work of someone who enjoyed life on earth and was not anxious to leave it.  But also someone who seemed to relish the opportunity to reconnect with old friends, to reminisce, and to think about life and music  that had been forced upon him by his terminal diagnosis.

Before passing, he co-wrote the best song ever about this phase of human experience - Are You Ready ?