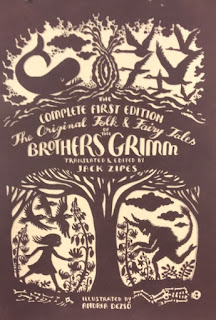 “You know the stepsisters chopped off their toes, and there was one about sex with that amphibian, and others so violent you’d never read them to adults let alone kids.”

Hurtling down Bundesautobahn Number 5, my German-born wife assured me that we didn’t need a map and that 150 kilometres meant the slow lane, and I tried to convince her that the Brothers Grimm were not really that grim.

We were on our way to her childhood home in the Black Forest, but still talking about a side trip the day before and debating its relevance to the study of humorous literature. 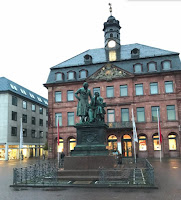 We had just spent a day in Hanau, the birthplace and childhood home of two other German natives, Jacob and Wilhelm Grimm.

“They cut out a lot of that bloody feet and creepy sex stuff out,” I said arguing that the Brothers might qualify as humorists. “They really tried to lighten things up.” 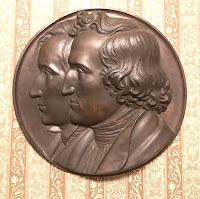 The Grimm brothers considered themselves academic researchers and scholarly champions of the German language.  But in the 205 years since their famous publication, the Grimm name most often evokes images of fairies and witches, princes and princesses, and wide-eyed children.  While studying philology and culture at university, the brothers developed a special interest in oral histories and began collecting folk tales in the early 19th century when Napoleon’s armies and infighting threatened German societies.

The brothers regarded the stories as foundational and pure untainted by ephemeral circumstance and thus vessels for the essence of what it meant to be and to speak German.  They believed their work had great import, and their dedication to German culture manifested in many projects including the launch of a comprehensive dictionary.


That first 1812 collection of folktales, Kinder und Hausmärchen (Children’s and Household Tales) and its later editions popularized stories that we all know well: Hansel and Gretel, Sleeping Beauty, Snow White, The Goose Girl, Rapunzal, The Frog King, and Cinderella. 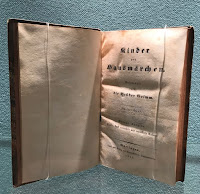 Today, the stories, translated into a hundred languages and shared as movies, stage productions, and toy-store collectables, remain enormously popular.  Yet even with massive smoothing out by Walt Disney and other modern hands, Grimm’s Fairy Tales can still leave little kids pleading to leave the lights on and wondering anxiously what in Hell lies out there waiting for them in the forests, farms, and villages of the world.

Because of their scholarly aspirations, the Brothers played down or denied editing of the oral histories.  But their well-documented revisions included the deletion of those scenes like the bloody attempt to fit oversized feet into to Cinderella’s glass slipper, Rapunzel’s post-Prince pregnancy, and intercourse with the recently transformed frog. 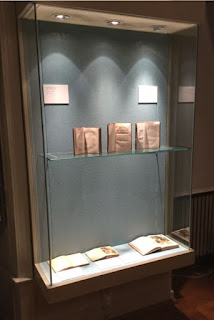 On the basis of this rewriting, you might argue that Jacob and Wilhelm wanted the stories to amuse as well as instruct and qualify as humorists of a particular genre.  Certainly, readers who measure their years in single digits, giggle and smile, albeit nervously, and adults like my wife recall first exposures to Grimms’ fairy tales with affection.

But I think the greatest reason humour-writing students might want to visit the dour but authentic Schloss Philippsruhe palace museum, the town square in Hanau, and other sites linked to the Brothers Grimm rests on a particular interpretation of Stephen Leacock’s renowned characterization of humour.  Leacock defined humour as “the kindly contemplation of the incongruities of life and the artistic expression thereof.” 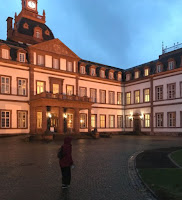 Guided by 21st century Canadian scholars, I now understand this to mean that humour flows from a careful highlighting of life’s tensions in a way that reflects the perspective of a particular “kind” of people, a kinship, a community, a society.

With this lens, the Brothers Grimm may offer one of the very best ways to learn about German culture and its evolution.   Read accounts of those oral histories and their times, seek out Grimm Brother touchstones across Germany, hike along the Fairy Tale Trail, and study the forces behind the cheery editing of the last two hundred years. 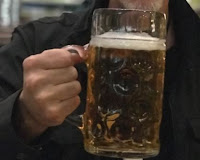 But as you review the original stories, search for a German sense
of humour, and hurl down the autobahn at 150 kilometres per
hour be prepared for a little bit of dread
Newer Post Older Post Home