Is it easier to sell Canadian humour books in Paris ? 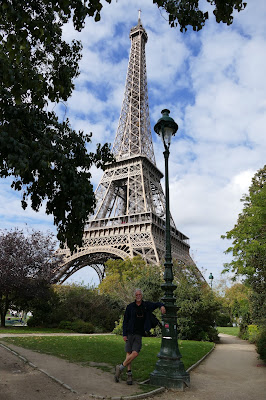 I may sell more copies of my book on Canadian
humour in Le Gai Paris than in Parry Sound.

Book dealers in both cities are projecting total sales in the single digits.

But Paris has an edge in this timid race because -
it is not in Canada;  and yet - there is a little bit of
Canada in Paris.


The City of Light enjoys an enlightened
environment for book lovers and, by extension, for
writers like me - lovers of the sight of books being sold.  Paris even manages to shine its warm light on bound Canadian writing because of a unique bookshop in the heart of the Quartier Latin.

The Abbey Bookshop sets itself apart amidst the sea of librairies and more famous
booksellers by sticking a big Canadian flag above its 29 Rue de la Parcheminerie doorway. 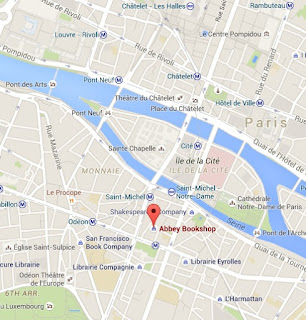 The owner, Brain Spence was quoted at the
time as saying that "it's easier to run a
Canadian bookstore in Paris than in Canada."

As an archetype Canadian thinker and
commentator on things, I like to collect
factoids and quotations that keep us humble -
and thus wanted to learn more.

I dropped by the Abbey Bookshop while working in Paris this month.

Brian, a soft spoken, thoughtful ex-Torontonian, told me that he still held the same opinion as recorded in those news reports.

"I'm really surprised how little people in Canada support independent bookstores," he said,
taking a break from pricing books to speak to me. "I don't know much about Ottawa, but
that's the way it is in Toronto."

I said that Ottawa could claim some exceptions, but, generally speaking, people seem to nod their heads, yawn, and go back to reading their Kindles when another bookstore bites the dust or when
Chapters allocates more space to candles, candies, and ceramics.

"To be honest, we're doing ok because a few other
stores in the area have closed," he admitted. "But
there is no doubt the French are committed to
books and bookstores - there is legal limit to what
a book can be discounted  - this stops undercutting by big chains."

I asked my complacent Canadian self whether I would be willing to prevent Amazon and
Walmart from dumping more copies of Selfish on me or to keep Costco from selling
biographies by the bundle - just save a local bookstore.


This led me to take action.

Action that combined my keep-me-comfortable Canadian self-interest with a French
revolutionary concern for the welfare of my fellow countryman.

I gave Brian some copies of my book to sell in his store.


Although now busy with customers at the cash, he took time to thank me with a
genuineness that was appreciated, but not warranted.


"I'll keep one on display," he said adding how he likes to promote Canadian non-fiction and
asking for my contact info. 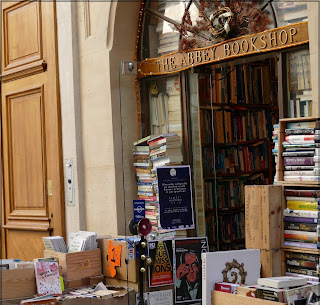 It sure seemed easier than getting a book
onto a store shelf in Canada.

So whenever you visit Paris, please go to
the Abbey Bookshop and take a look for
What's So Funny?


If you can still find a copy, you'll know that
this story is non-fiction.


If you can't, you'll know that Paris has beaten Parry Sound.