Lesson 61
Seeing the humour under your nose 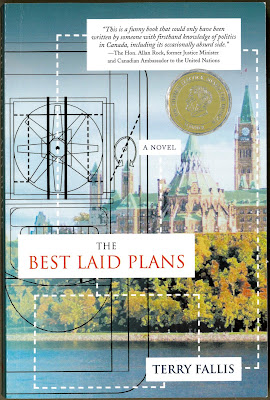 I wish it weren’t so.

He seems like an interesting and friendly guy. But if Terry got to know me, he’d probably see me as an irritating evil twin to be avoided. He already has a twin, whom he likes and looks like, and probably doesn’t need an older one.

My resumé looks like a cracked reflection of his. As an engineering student at McMaster, Fallis got involved in campus politics and fell in love with words. Just down the road in Guelph, my math studies had been disrupted by politics and campus radio.

In the 1980s, when Fallis haunted Liberal backrooms, I toiled as a Conservative Party drone. He supported Jean Chrétien’s first leadership bid in 1984, the year after I devoted hours to the Mulroney leadership campaign. We then worked on opposing sides in testy elections. He once scurried around as an aide to a Liberal cabinet minister; I did the same thing a few years later for the Conservatives.

He founded a public relations company with the accounting-firm-style name Thornley Fallis; I had a PR business that specialized in clown-delivered balloon-a-grams and operated under the name Hot Air from Ottawa. He moved away and now mocks the government city, which has been my home for over thirty years. I look forward to our first formal encounter.

Actually, Fallis is probably not inclined to loathe too many people. He sounds, in his public comments, like one of those “progressive and enlightened” Canadians who is all about “tolerance and acceptance”--you know, the way Liberals like to think of themselves.

He might even count me among those whom he hoped to amuse when he podcasted and self-published his first novel, The Best Laid Plans, the 2008 Leacock Medal winner. For those of us who’ve spent time bumping around the buildings between Wellington Street and the Ottawa River, the book was a kind of obvious chronicling of all the facts of political life.

It documents the talk that can be overheard any day of the week in bars and boardrooms around Ottawa, but in an engaging story.

Everyone in politics has fantasized that a reluctant maverick might come from behind to take another party’s stronghold or that their opponent’s star might get caught in an awkward, vote-crushing scandal on election eve. These have been the damp dreams of Canadian political hacks since Confederation was consummated.

But the dream is more often nightmarish--the tug of war between what Fallis calls “the cynical political operators” and “the idealist policy wonks” that plague every party from the roots to the crown; the problems with polls; the theatre of Question Period; toeing the party line against all reason; the incest and dirty dancing of politicians, journalists, and pundits; and the partisanship that transcends even the inanity of ideology and policy in its destructiveness.

It can get really, really bad and begs a lampoon. So, if it was right under our noses, why didn’t someone write a book like this before?
Well, some tried, but PR-savvy Terry Fallis succeeded in communicating it more effectively than others by stringing all those oddities together in a readable narrative--a real story with a beginning and an end and other parts.
The Best Laid Plans has both a Terry Fallis-like protagonist, Daniel Addison, and a hero, future MP Angus McLintock. Unfortunately, many early reviews and even some publisher promotions presented the book as a simple story about Addison’s adventures as the suffering aide of a wild, incompetent goofball. Yet Angus clearly embodies Terry’s idea of a great politician and the ideal boss: quirky, but thoughtful, inspiring, and full of integrity. 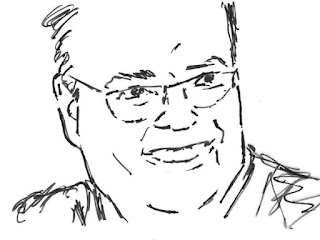 I’m pretty sure that Fallis did not base his idol on a Conservative cabinet minister. But I’m struck by how many people have suggested that McLintock was inspired by my old boss . . . an odd coincidence and interesting to me, but maybe no one else. Still, I take this to be a reflection of how much The Best Laid Plans resonates with Ottawa readers and to be more evidence of material that was always under our own noses.

“Everybody in Ottawa thinks they are in that book,” Leacock scholar, author, and fellow Ottawa-resident David Staines said when I told him my story.

You certainly don’t have to be associated with politics to recognize Ottawa in The Best Laid Plans. Despite the emphasis on stereotype and political cliché, this book, like King Leary, also treats Ottawa like a place in which real people live, and this appeals to people who are not always preoccupied with policies, polls, and media spin and are more focused on groceries, mortgages, weekends in the park, and getting the kids to school.

The book celebrates the rivers, the village of Cumberland, the Ritz restaurant, the Canal, the universities, the bilingual ambiance, the Chateau Laurier, the museums, and the enlightened part of Parliament, the Library. Even the slipping in springtime dog dung story speaks to quintessential Ottawa. As I mentioned in reference to Leary, after thirty-one years, I am starting to see this town as my home and, like Terry’s protagonist Daniel Addison, as the place where I fell in love. These other elements of The Best Laid Plans were also sitting under my nose.

I am even looking more charitably upon my life in the public service. In fact, when I read political theories that talk of cynical operatives and policy idealists, I always think there is something missing: the people who take those airy policies and make them real--the civil servants. Like lots of things, governing flows from a formula of three variables, but usually, politicos and journalists dismiss the latter group as irrelevant or worse.

Terry Fallis was typically “liberal” in portraying government officials in his novel, further ingratiating him to me. Add to this Daniel Addison’s recurrent musing about “Canadian comedic novels” and his desire to study writing, and you have the full picture and the reason why I might have been more than mildly intrigued by this book.

So, while Terry Fallis may not want me trailing along behind him as his embarrassing evil, humour-writing twin or triplet, I hope he understands why I might do that.
Writing Exercise

Describe your vision of the ideal boss from the perspective of your current job or one from the past. Then write a short story that shows how hard it would be for someone like this to assume a managerial position.

My boss was a former cabinet minister, who, like Terry’s hero, (1) was a Ph.D. mechanical engineer and a university professor, (2) was keen about aerodynamics and tinkering in his shop with motors and machines, (3) is an expert in water systems and an advocate for the environment, (4) won his seat only to be thrust immediately into other campaigns when a minority government was brought down by a budget-related vote, and (5) made a memorable entry into the House. I worked for him from 1984–86.
Newer Post Older Post Home