2014 The Promised Land by Bill Conall 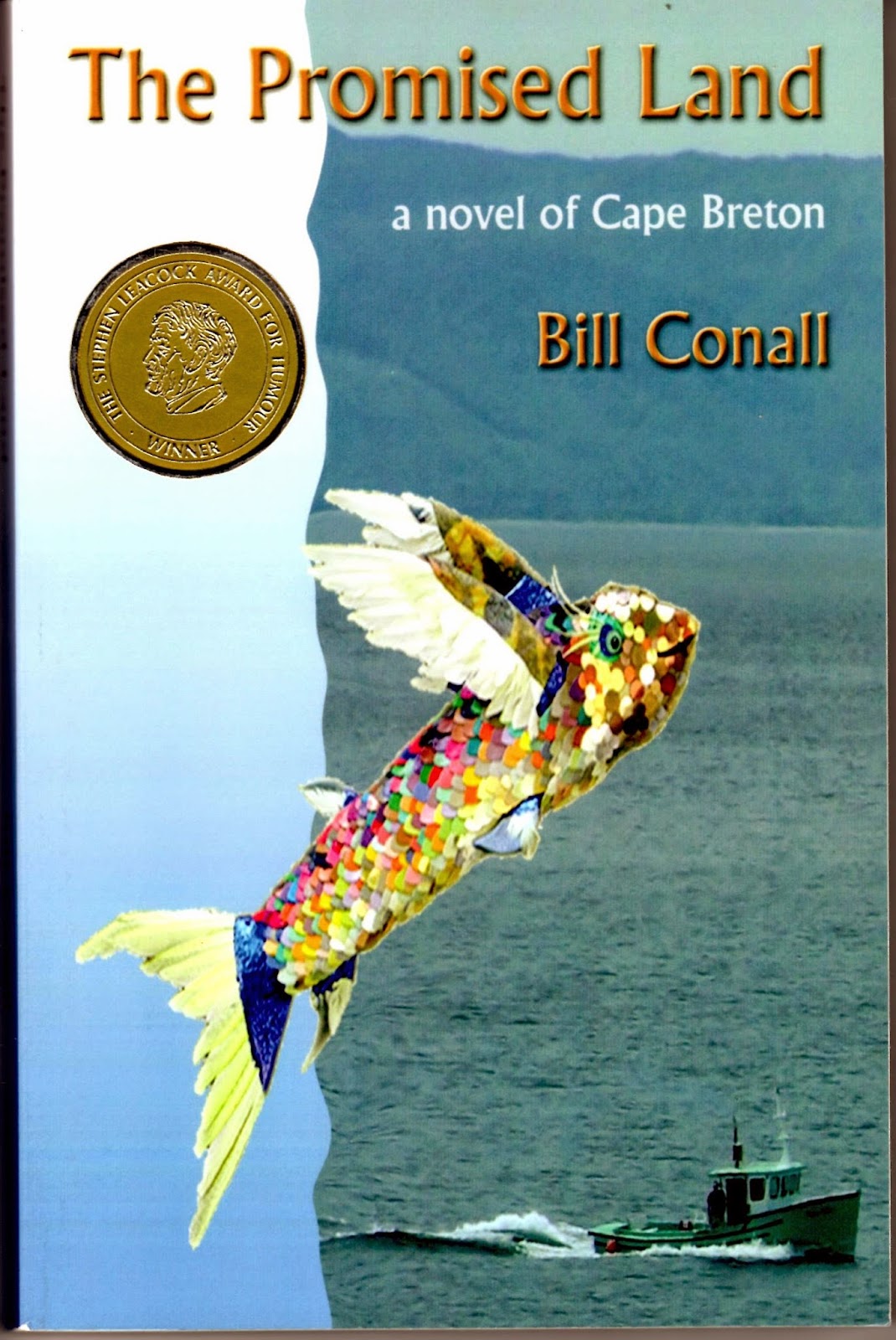 I saw Robert for the last time in the fall of 1973.  He had just passed his 23rd birthday.


We sat on the porch, drank a beer, looked out on the fields, and talked about his plan to move out west with some new friends, a group of people who didn’t mind being called “hippies” and didn’t care much about the laws around drugs.  Their plans begged refinement.
Bob and his friends wanted to get a cabin somewhere in B.C.’s Slocan Valley.  They weren’t sure where it was, what it would cost to rent, or whether it existed.  Bob was certain of one thing though.


“It won’t have any electricity,” he said. “So we’re sellin’ all the amps and electric guitars to get acoustic ones.”


Just finishing university and beginning what I believed would be my career I wasn’t sure what to make of Bob’s plans and his new friends.  I didn’t see him, our high school valedictorian and most promising academic, fitting in, and I laughed at the thought that the transition to acoustic music could be his prime concern.  Bob disappeared in November.  His body surfaced in Lake Ontario early the next year.


The Promised Land: a novel of Cape Breton, the book that won the Leacock Medal for 2014, brought back this memory, but also allowed me to imagine a different ending to Bob’s life.  The book tells the story of another group of hippies leaving Ontario for another end of the country in the early 1970s.   The characters in this story identify Cape Breton Island as the place to live based upon some light conversation.  The group included the same mix of male, female, naïve and wary that sat on Bob’s porch near Port Perry that fall day forty years ago. Their relocation to the east coast opens the book. 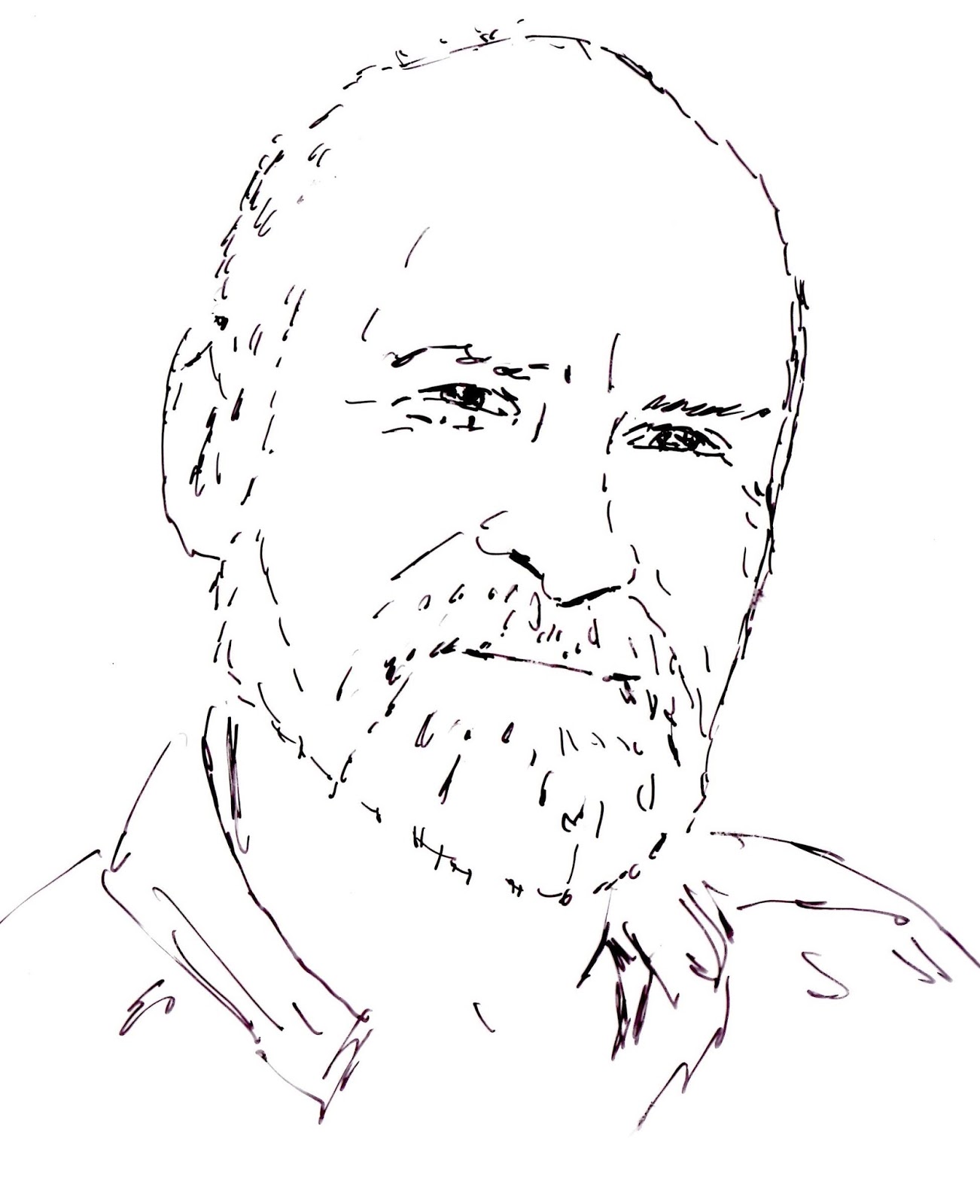 I read The Promised Land a few times: a second one to make sure I got the connections between the hippie first half of the story and the not-so-flower-child second phase.  But when I picked up the book for a third time, I wanted to look specifically for the voice of Bill Conall, the author.   I attended the Leacock Banquet to hear his acceptance speech in June of this year, and I was struck by his comfort in front of the crowd, his particular sense of humour, and his message.
While the Leacock Medal by its nature may attract exceptions to the rule, writers usually make better typers than talkers, and given that Conall can describe himself as “a cranky old man who lives in the woods and rarely talks to people,” I kept my entertaining speaker expectations in check before the dinner.


But, as I learned later, Conall has stood facing wary audiences many times as a musician over the years.


That night on the shores of Lake Couchiching, he used his skill to make a passionate plea for humour as an art form distinct from just clowning and joking. For Conall, humour is “gentle, forgiving, kind, understanding” - something that takes time to develop and reach into your soul. Something different than the “slash and burn of comedy.”


Yet, he seems to have a capacity to appreciate the latter as well.  In his speech, he poked impromptu fun at the Leacock Medal sponsor the TD Bank, made the audience laugh by telling an old joke in Gaelic, and responded to the presumed question about plans for his prize money with “mostly none of your business” before adding that it will fund a short story competition for high school students back in Nova Scotia.


The Promised Land sticks to the gentle, understanding, slowly developed definition of humour for sure.  It spans four decades with its two-part story.   Beginning in 1970, the Ontario hippies find a free home on Cape Breton in a plausible kind of miracle that reminded me of the one that visited characters in the 1976 Leacock Medal Winner Luck of the Irish.


Some of the hippies find work, most make friends, and almost all settle on the Island for good. The last part of the book follows, for the most part, a young doctor, Ellen Coulter, coming to Cape Breton to work in 2012. Unlike the group of odd-looking and dubious strangers that arrived forty years earlier, the doctor is alone and has something obvious to offer the community.

The Promised Land shows not the differences, but the similarities in their challenges and in the cautious, sometimes comical, but orderly integration of an outsider into a community and how each adapts and absorbs influences from the other. The feature that elevates Conall’s collection above other gentle stories set in small towns comes from this two part approach that forces you to think, compare, and maybe, like me, re-read.
The book might frustrate those looking for edgy jokes, wrenching drama, or more action. But the slower approach gives you a window on what makes a community work, when it does work, and viewing this phenomenon unfold over decades makes you smile.


Community might make a good default theme for a work of humour.  Certainly, a lot of the Leacock Medal winning books have looked at the nature of small Canadian communities - from the mythical prairie towns of Blossum in Gophers Don’t Pay Taxes and Winego in The Night We stole the Mountie's Car to the sea-sprayed town of The Salt Box, the Fort Vermillion that surrounded the childhood of the Ferguson brothers, and W.P. Kinsella’s Hobbema Reserve.


In his speech at the 2014 Leacock banquet, Conall suggested that in the smaller towns “every voice matters; every person is important.”  But I think the history of Leacock Medal humour shows that this can be achieved in bigger towns too - if those voices and individuals are situated within a smaller entity like the tiny Jewish community in the Sault Ste. Marie of Morley Torgov’s Good Place to Come from youth or in the varied Montreal sub-cultures profiled in Saturday Night at the Bagel Factory. 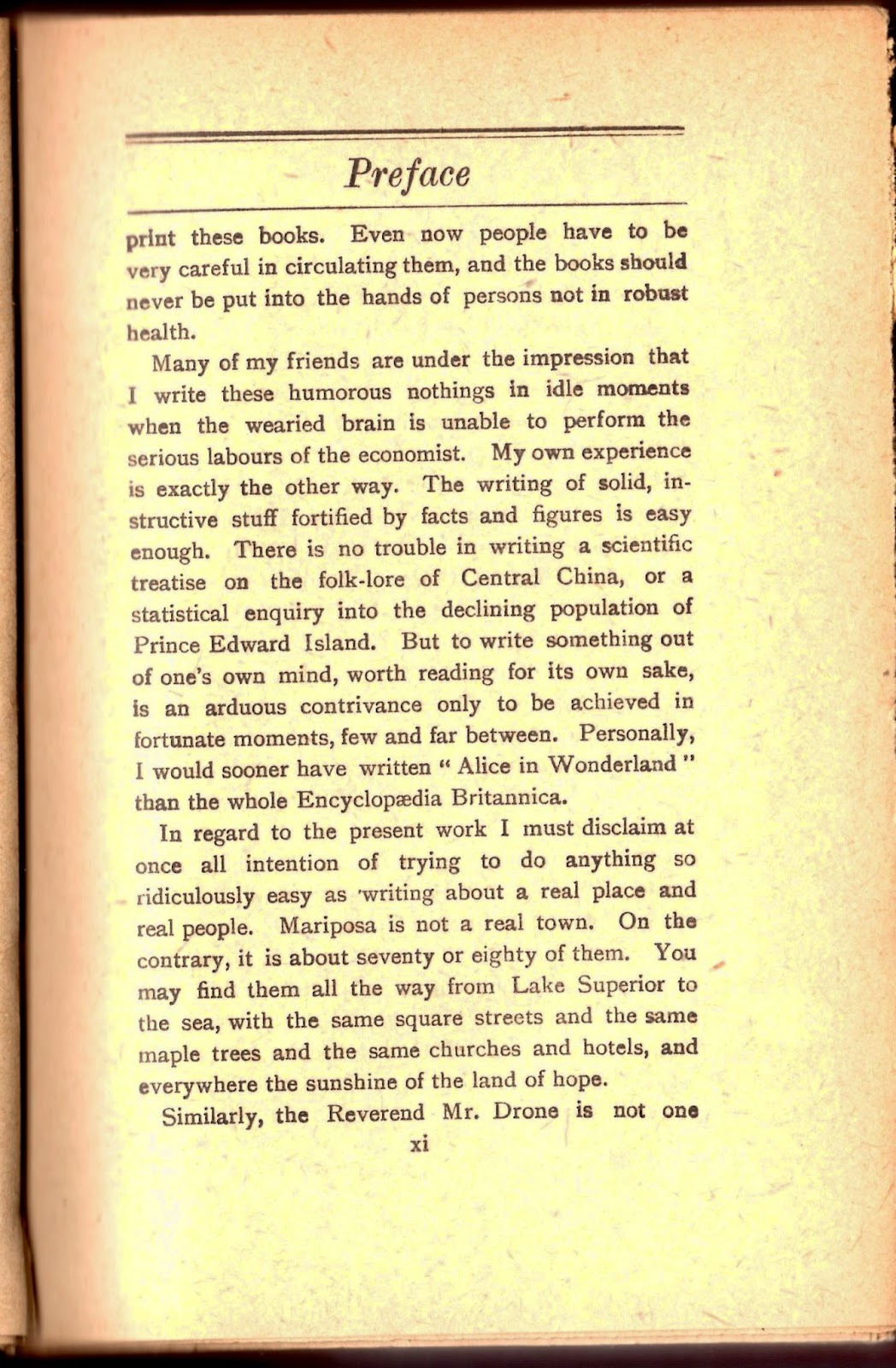 In forms like army platoons and hockey teams, community shines bright in other Leacock
Medal books, echoing their spiritual inspiration, the Mariposa of Sunshine Sketches.


“Mariposa is not a real town,” Leacock prefaced his book. “On the contrary, it is about seventy or eighty of them. You may find them all the way from Lake Superior to the sea, with the same square streets and the same maple trees and the same churches and hotels, and everywhere the sunshine of the land of hope.”


Community and social responsibility sat at the core of Stephen Leacock’s outlook on life and his works according to scholar Gerald Lynch, who saw the humorist’s philosophy of life as one that valued “moderate, painstaking progress” and balanced “the needs of the interdependent community against the rights of the individual.”


So, The Promised Land does not offend the Leacock Medal tradition, but its win raises the question of whether it might not be time for the award to shift to an edgier perspective and harsher approach to humour writing.  As someone of Bill Conall’s generation and one who could even pass as a Conall Clone in a bad toupee (we even share the Peterborough/Kwartha country connection - see Chronicle Herald story), I admit a bias for the gentle, persevering kind of humour that often gets overlooked in other fora and think that community makes a worthy focus for humour writing.


The reason that someone filled with wit and exuberance, like my friend Robert, might take his own life or, like others today, might head off to another land to take the lives of others will always have elements of the mysterious. But one cause seems to be a feeling of not fitting in, not belonging, not having a community of support.


In a world torn by forces that divide us and amplify differences, reading and reflecting on a book like The Promised Land, though branded as humour, might be best justified by the prospect of insights into what makes a community tick, not just the hope of another laugh or occasion to smile. But then, according to Leacock, humour is all about kinship, contemplation, and reconciling our incongruities.