"The two-story, nineteenth-century manor sits in a leafy, established part of Peterborough. I’m glad that I didn’t know about the house before I entered it.

Learning within its walls convinced me that I was on to something. “He used to live here; in fact, I bought the house from him,” my host said in reference to a famous former inhabitant.”

It was this encounter, in fact, that made me think, for the first time, that my research and reviews might be fodder for a book.

The place is an old manor house in Peterborough, Ontario and home to Professor Tom Symons and his wife Christine.  My wife and I visited them in March 2013 to talk about Tom’s father Harry Lutz Symons, the author of Ojibway Melody: Stories of Georgian Bay. Little has been published about Harry, and I wanted access to the family archives at Trent University. 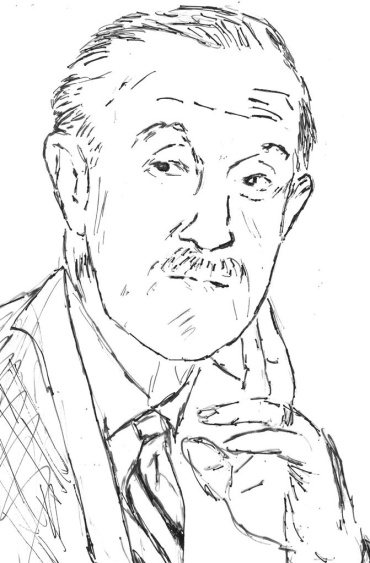 Harry Symons was that he loved his cottage near Pointe-au-Baril on Georgian Bay and saw it as his sanctuary. With Ojibway Melody, he tried to share it, guiding us around the islands, pointing out the good fishing spots, and describing the locals.  Given Stephen Leacock’s association with Ontario cottage country, the 1947 medal judges probably felt that this book made a fitting first winner of the award established in Leacock’s honour.


Yet, as I describe in my book, it struck me, initially, as a puzzle. The writing often seems like a  stream of consciousness, nothing like the one-liners, jokes, or comic stories that we consume as humour today. Harry praised simple pleasures: “First we swing our feet out of bed, and dangle them over the side, and keep our toes off the floor just in case it is cold. Then we yawn a good deal and grumble, and flex our arms, and wish we were back in bed . . . And quite often we just do give up and crawl back in again .”  To understand why this would have seemed funny to readers back in the 1940s, you need to recall that Canadians were struggling with the strains of a changing society, and they wanted to forget about the war. Harry Symons was a WWI frontline soldier and pilot and had no desire to dwell on thoughts of war.
﻿

He and Dorothy, the nurse he met recuperating in a British hospital, had eight children including my host Tom, a man who served as the founding President of Trent University and Chair of the national Commission on Canadian Studies and in other roles that helped shape modern Canada.


His home, the one I visited in the spring of 2013, carries formal designation as "Marchbanks House," a historic site and former home of novelist Robertson Davies. Davies wrote his Leacock Medal-winning novel in this house in Peterborough. Over the years, the home has also welcomed other Leacock Medalists including W.O. Mitchell who taught for a while at Trent.
﻿﻿

For my research, Tom Symons described how his father’s Leacock Medal book influenced his life and his perspective leading him to establish Canada’s first department of aboriginal studies at Trent and to define the field of Canadian Studies as we know it.


So, this is why I framed my review of the first Leacock Medal book with the story of my visit to this particular home in Peterborough.