Lesson 64
How a creative spark leads to a story 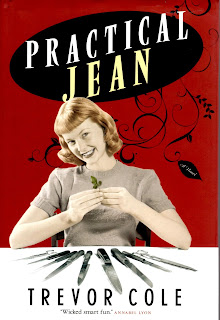 In April 2005, I tried to kill my father.
We declined life support and wanted his pain to end. Teeth out, struggling for every breath, and mouth contorted, he looked like a grey version of Munch’s Scream. My attempt to bump him off (with lies to get excess morphine) failed, and he came back to life long enough to grab my collar and remind me of what he wanted. I laughed nervously and said, “I’ll do what I can, Dad.”

I told that story after his funeral with the same confliction.
That memory and the nervous laugh visited my head again and again as I read the 2011 Leacock Medal book, Practical Jean by Trevor Cole. The book tells the story of Jean Horemarsh, a woman who cared for her mother on the way to a nasty death. Jean vows to spare her friends the same fate and sets out to kill them in a prophylactic way while they’re still relatively young and healthy.
Sometimes, it seems that everyone, save a few newly born babies, has a story, like me, of a loved one who suffered too long and has likely thought about the issues raised by Practical Jean. But Trevor Cole takes those thoughts just one step further into a twisted, but also kind of honest realm that does what all good story ideas do. It touches on a universal in an unusual, creative way.
When you’re struck by the creative spark, you feel an energy that flows from other ideas--or at least that’s what I’ve read. Reflecting on the idea of Practical Jean and the book that sparkled out of it, I have a guess as to why this happens.
An unusual thought, contrary to a usual one, raises questions. Who would think that way? Why would they do that? How would they pull it off? And what will happen as a consequence? The questions tickle your mind.
So, after seizing on this concept of proactive euthanasia, you would naturally try to think of a sensitive protagonist who has attended a bad death and doesn’t want to endure it again. Jean, a ceramic artist with a bland but comfortable husband and home in small-town Canada, fits the requirements. Then, you would need a backstory that makes euthanasia an acceptable approach to such problems, and this produces Jean’s childhood at the ringside of her mother’s veterinary business and multiple puppy terminations.
Jean, the sister of two police officers and the daughter of another, has lived all her life labelled as the one incapable of doing the “practical” thing when required. Then, the death of her mother pushes her to take action. As a caring person, she sees the plan to end the lives of her closest friends as the means of saving them from the “ruthless” and “pulverizing” experience of age and the bleakness of a “slow and agonizing” death. 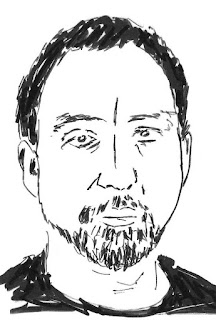 Cole sticks with this portrait by having Jean give each of her victims/friends one last bit of happiness and beauty. One time, this beauty comes as sex in a car with a youth; another time, it’s sex with Jean herself. She hacks with a shovel, strangles with wire, and poisons with drugs.

I can easily imagine how Cole generated each element, from the dead puppies to the murder mystery-style climax, building on his initial idea. But what makes Cole’s words better than a pile of clay is his execution, if you can excuse that word here. A one-time journalist with decades of experience in magazines and daily newspapers as well as fiction, Cole enjoyed recognition as a talented and literate writer before receiving the Leacock Medal.
Practical Jean impressed me because it sought to get into the heads of middle-aged women. As a mouth-breathing male, I may be a poor judge of how well Cole does this but I can say for certain that he twists the mind, draws detailed characters, and generates thoughtful dialogue that doesn’t go on too long. For this reason, I was surprised by some not-so-great comments in early reviews of Practical Jean. Most of the negative stuff struck me as conflicted.
It made me think again of my conflicted feelings about my dad, his suffering, and his sense of humour, and it gave me a twisted but creative idea on how I could spare humorists like Trevor from the “vicious, ruthless . . . grinding . . . pulverizing ugliness” of confused reviews in the future. I’ll work on it after this project is over.
Writing Exercise
Write a short story about a serial killer who bumps off humour writers before they can experience bad reviews.