Nicol and His Brush with Me 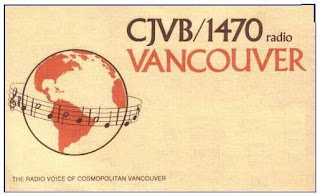 In 1978, I was working for a multicultural-multilingual radio station in Vancouver.   We called ourselves “cosmopolitan.”  Our competitors called us “the ethnic station.”  The popular Chinese and Italian language programming earned the money; shows and music in other languages were tolerated on air as long as their producers covered expenses, and English programs were aired begrudgingly to satisfy government regulations.
All this created an apathetic situation within which I had lots of freedom to propose and produce programming in English as long as I did it at no cost and if I did the work outside normal hours and on my own.   When the professional development and personal agenda opportunities in this became evident to me, I knew what I wanted to do.  I wanted to use this as an excuse and way to meet Eric Nicol.
I was in my late twenties, about the same age as grad student Nicol had been when attending the Sorbonne and collecting material for The Roving I, when I contacted him through his newspaper The Vancouver Province.  I assumed Nicol would not know our radio station let alone our program and was surprised when he agreed and graciously invited me to his Point Grey home to record the interview and spend the afternoon with him.  I can’t recall what he said in detail, but I know my questions were biographical and simple and that he was friendly, comfortable, and impressive to me.
He said as I left that he had never had a better time “installing tiles.”  I wasn’t sure what he meant, smiled thinly, and ended my encounter with a confused look and awkwardness. Years later, I recalled the comment and realized for the first time that he was referencing the name of the radio show for which I was preparing my piece: “Mosaic.”   I had never mentioned the name of the show to him.  I guess he had checked me out.  He was a creative writer and a humorist, but also a journalist who did his homework.