2015 Finalist - Where I Belong by Alan Doyle 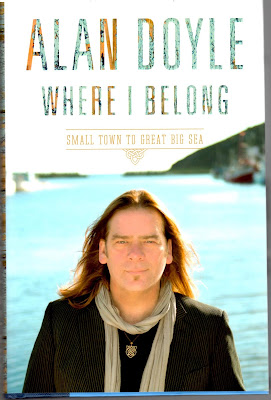 “Are you related to Alan Doyle?” my daughter was asked throughout high school in St. John’s and later at Memorial. “No, no relation,” she would sigh – for a couple of years.  Later it became “not that I know of” and “very distant relatives.”  Then, finally, “yeah, we’re cousins.”

Becky’s answers evolved along with the fame of that other Doyle, the success of his band Great Big Sea, and her own Newfoundland storytelling skill.  Like all good stories, each of hers had a bit of truth, and like all Newfoundland stories, they mixed growing confidence with wistfulness, a wink, and a smile.

This blend of nostalgia and pride flows through the pages of Alan Doyle’s charismatic memoir, the 2015 Leacock Medal finalist Where I Belong: Small Town to Great Big Sea.  Doyle’s book attests to the Newfoundland (and Labrador)’s love of story.  It’s a collection of, just slightly polished, childhood reminisces that reminds us of what makes the province (that was once a country and colony) special.

I needed this reminder.

Pieces Falling Off into the Sea 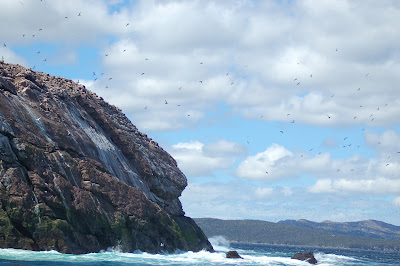 In recent years, flying into Newfoundland, I imagined pieces of “The Rock” breaking off and falling into the sea to take away the things that set the place apart.   St. John’s, in particular, keeps growing and changing.   The increasing affluence, the cultural  tsunami of the Internet, offshore oil,  the foot prints of millions of tourists, and branches of international business give the city the feel of a – well, uh – a city.

I loved it when you could walk down George onto Water and up to Duckworth and pretend it was just a big fishing village with crazy stores that you saw nowhere else, with pub music that you heard nowhere else, and with people that talked like no one else.  You can still find all this, but you need to look harder, and it seems surrounded increasingly by Newfoundlanders with “Canadian accents,” concerns about real estate prices, and an interest in high tech stocks.   I shiver with the thought of someday meeting a Newfoundlander who can’t sing, play an instrument, or tell a funny story.

Jann Arden says in the Foreword to Where I Belong that she “didn’t want it to end,” and I don’t want the old Newfoundland to end. 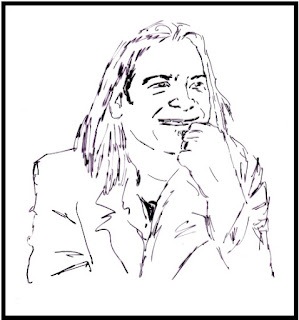 Alan Doyle’s book gave me comfort that the day may still be a ways off.  His Newfoundland still recalls a time when kids made spare change cutting fish on the wharf, Catholic boys regarded Anglican girls as exotic, fun came from your own voice box, and family was everything.  His stories are vivid, and though he confesses little experience writing dialogue, I thought his account of kids teasing each other and debating the facts of life to be authentic.  It’s easy to lose yourself in the pages, and that’s the way I like written stories.

Though this was all reassuring and fun, I recognize my desire to keep Newfoundland in a stereotype box as selfish.   At least part of its culture flows from years of isolation, dangerous work, and limited means that no fellow Canadian could want as enduring circumstance for their East Coast cousins.

Farley Mowat once described Newfoundlanders as epitomizing “all the qualities that make the human species viable ... worthwhile ... durable.” They can and have demonstrated the noblest attributes of creativity, bravery, and, surprising to some, a nationalistic commitment to learning.

When WWI broke out, Newfoundland, as an independent Dominion, mustered a great swath of its young men into a national battalion-sized force to fight for Europe.  The First Newfoundland Regiment suffered horrible, 90-per-cent casualties, close to 700 soldiers, piled up in some of the worst fighting including the opening clash of the Battle of the Somme and earlier, as the only North Americans, the catastrophe at Gallipoli.

After the War, despite heavy debts incurred in fighting for England and a decimated workforce, the people of Newfoundland were determined to honour those who sacrificed.  The national consensus was to do something in education – to build a university – it would be the ideal - “Memorial.”

After its entry into Canada, through very challenging times, and despite tremendous pressure to do otherwise, the Province and Memorial University have kept this commitment to the fallen with the lowest tuition fees in our country.   This, to me, is the substance of a great society.

I see a direct line between the blood stained battlefields of France and Alan Doyle of Petty Harbour’s opportunity to move out of his poor childhood and earn a degree in literature so that he could someday, not only pursue his dreams, but share that experience with you and me in written words.

The Boy on the Bridge to the Past 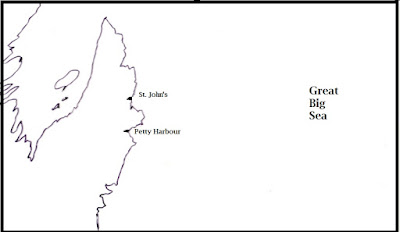 In his book, Doyle often calls himself “The Boy on the Bridge” in reference to his bit part credit in the 1980s TV Movie A Whale for the Killing.  After reading his book, I think his “bridge” is the one that connects that proud and rough, no toilets, fish cutting, and rags past to a new era.

Great Big Sea certainly does that by linking traditional Newfoundland folk songs and sea shanties to rock music in a way that respects the past and makes a better present. You can’t stop the world or Newfoundland from changing.  The only thing you can ask is whether it is for the better.  Though some things have slipped away, today we are better off because we have Great Big Sea and books like Where I Belong.

This year, 2015, two young Newfoundlanders took the top prizes at the Montreal International Guitar Festival – Canada’s prestigious classical guitar competition.   They have taken their Newfoundland love of music and the priorities of Memorial into yet another realm.  One of them is my son-in-law, who is pursuing his doctorate in music in Toronto, and my daughter is happy today to answer questions about her relation to this other Newfoundland musician and to be recognized for her own work in marine and evolutionary biology.

They are Newfoundland’s future – and heading out to that real Great Big Sea – the wider world.

When the now famous Alan Doyle Tweeted last month about her husband’s classical guitar successes, my daughter was only mildly impressed.

So in a way, I guess they really are related to Alan Doyle from Petty Harbour.

It's the summer of 1981 in Petty Harbour, Newfoundland. Write a conversation between two girls who check out the boys on the wharf on their way to the Anglican Church.