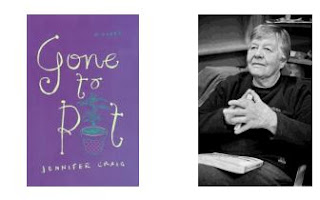 I will always remember the 2018 Leacock Medal banquet because of the people who did not attend.

One was me.  Another was the winner of the medal.

Both noteworthy absences from my perspective.

But, for many others, the most glaring nonappearance was that caused by the passing of an exceptional local woman six months earlier.  For different reasons, all of these failures to appear made it difficult for me to follow up the event with a column.

I’ve tried to attend the Leacock Medal banquet in Orillia every year since 2012 when I began writing about the medal winners for blogs and books. But the birthdays of three women in my immediate family fall around the June award weekend, making it inevitable that conflicting obligations would keep me away someday, and last year they did.  Too bad.  The 2018 award celebration was unique.

Attendees at a dinner on the eve of the banquet would have found the affair particularly striking.  Eighty-four-year-old Jennifer Craig, the B.C. writer shortlisted for the medal and destined to win, fell ill in the midst of the dinner festivities and had to be rushed to Soldier’s Memorial Hospital.  As Jennifer, a former nurse, had correctly presumed, she had a stroke.

The writer would recover in the following days to return to the mountains and savour her literary award among friends and family.  But her sudden illness obliged her daughter Juliet to accept the medal in her mother’s stead.  Juliet’s banquet speech was genuine, touching, apt, and funny as you can see in this Youtube recording.  She not only spoke of the award-winning book, Gone to Pot, but also outlined her mother’s interesting life.  It ran from hospitals in England to academia in Canada after a return to school in later life to earn Bachelor’s, Master’s and Ph.D. degrees. Now, in what she derides as “the golden years,” she writes books with enthusiasm and humour.

This alone would have made good fodder for a post-banquet, medal-award blog on Jennifer Craig.

I would have also found it easy to write about Jennifer’s novel, Gone to Pot, a first-person account of an older woman’s adventures growing marijuana for illicit purpose. The book’s 64-year-old heroine Jess lost her job after a restaurant fire leading her into the cannabis career and a new circle of friends.

It is kind of a simple premise.  But when I read it, I thought the book worked because it reflected sound research and maintained a consistent voice throughout.  I learned later that the voice was based on cassette recordings of a deceased English aunt and the research included direct participation in the kind of gardening described in the book. This blend creates an authentic feel and the quality that defines good fiction, believability. I was ready to extol Gone with Pot, and this inclination combined with the quirky events around the award ceremony should have made the task of writing an account easy.
Furthermore, the subsequent legalization of marijuana makes this book a snapshot point in Canadian history, and this fits with my frame for judging the consequence of the Leacock Medal books.

But it is almost ten months later, and I am just getting around to tapping at the keyboard now. One reason probably rests on my banquet nonappearance and the need to rely on second-hand information. But I struggled with other concerns as well.

I wanted to write my account of the 2018 Leacock Medal banquet in a way that acknowledged the other finalists to a greater degree than usual.  For the first time in the award’s history, all three were women.

Television personality Laurie Gellman and BuzzFeed columnist Scaachi Koul were the other two.  Together with Jennifer Craig they not only represented the humour capacities and inclinations of a particular gender, but also three different generations and three different styles (conventional storytelling, episodic narrative, and essays).  I had a blog title ready to go: “Bugger, Baby, Bullshit,” drawing on recurrent words from each of their books and ones that seemed to capture the different themes. 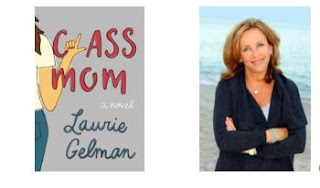 Ms. Gellman’s book, Class Mom, chronicles the experience of a volunteer tagged with notifying  fellow parents of events deemed important by school administration.  The class mom role draws few kudos and no formal remuneration, so Laurie’s edgy heroine draws reward from trying to laugh.  Blunt, acerbic email messages to parents usually preface the chapters, frame what is to come, and remind readers to not take some jobs too seriously.

Scaachi Koul’s book also introduces its chapters with words that are crude, brisk, and blunt.  But, more often than not, the essay that follows explores racism, sexism, alcoholism, and other topical issues in a semi-serious way intertwined with candid emotion and personal experience. 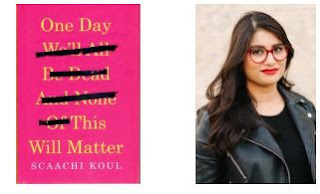 (Later, I learned that all the 2018 winners of the Leacock Medal Student Essay competition were also  women: Naama Weingarten (third place), Sydney Force (second place), and Atara Jurievsky (first)).
Thinking about these women reminded me of the long-held view of the Leacock Medal as a male-dominated arena.  In spite of a recent surge (six of the nine shortlisted authors and two of the three winners in the last three years), women still form a small minority of medalists over the Leacock Medal’s history.

But I think that this statistic understates the profile women have had in the Leacock Medal over the years.  I believe a more accurate picture would be presented if attention was not limited to overall winners.  I have met a lot of people short-listed for the award who call themselves losers because they did not win.  Ottawa journalist Charles Gordon, who was short-listed and “lost” three times, but is most wistful about his sister the sports writer Allison, a twice-shortlisted non-winner.

If one expanded the concept of winning to include those and other finalists in the past, the alumnae of the Leacock medal would not only grow, but would be more diverse.  This expanded list includes Jane Christmas, Zarqa Nawaz, Patricia Pearson, Susan Juby (before her win in 2016), Robin Michele Levy, Rupinder Gill, Shari Lapeña, Kathyrn Borel, Lynn Coady, Sandra Shamas, Miriam Toews, Susan Musgrave, Christie Blatchford, Sheree Fitch, and yep, Margaret Atwood and Carol Shields.  Kind of crazy to think that some of these women might consider themselves Leacock Medal losers.

So, I was glad when, a couple of years ago, the Leacock Medal elevated the finalists with larger cash awards and the status of “finalists,” but wondered whether a blog or column on the 2018 Leacock Medal should use the occasion to acknowledge all of the women short-listed in the past as well as those top three honoured in 2018.  And this was another cause for my hesitation and explains, in part, why I am writing these words a year later.


But there was another reason ...
But the principal reason I could not bring myself to work on this blog until now was the desire to honour the other woman who did not attend the 2018 banquet.  Her name was Jean Dickson.

Like Jennifer Craig, my friend Jean was a nurse who worked in different countries before moving on to  other careers, had a passion for humorous literature, and was a recent guest of Orillia’s Soldier’s Memorial Hospital.  But Jean did not leave alive.
She was in her 87th year.  Her obituary says her death followed a brief illness, and this might have been the way Jean would have described her last days.  But many people with similar experience would say they had been fighting health challenges for close to fifty years. 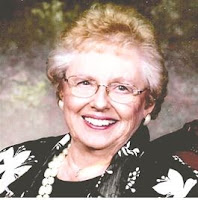 In the early 1970s, a car accident ended Jean’s nursing days.  So, she turned her mind, spirit and body to other work and to volunteering, specifically in support of the Leacock Medal.  For decades, she served as the Chair of the Awards Committee.  But this title makes a modest description of her contribution to humorous literature and the award.
When I started digging into the Leacock Medal and the project it embraces, I heard repeatedly that the medal program would not exist today were it not for Jean Dickson’s work and persistence during lean years.

When I drafted the dedication to my book, in fact, I wanted to acknowledge the Leacock Associates in general and key members in particular.  My research produced a list.  But the late broadcaster, historian, and community volunteer Pete McGarvey and Jean were the only ones that survived to publication.  Others  declined to be mentioned because they did not feel they were in the same league as Pete and Jean.  So, the dedication follows their names with  “… and the other members of the Leacock Associates.”
McGarvey’s contributions to charitable and public institutions could warrant a full biography and a separate tribute too.  But Jean has a special place in my heart.
I got to know her through correspondence and phone conversations in the preparation of 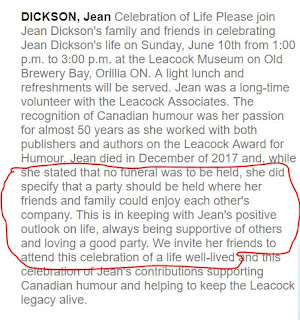 my book as well as personal encounters, the last one being at the 2015 award banquet where she presented the medal to Terry Fallis.  By then she was in failing health and living in a senior’s residence in Barrie, but still very keen about humorous literature and the Leacock Medal.

Knowing that Jean Dickson had had a ringside seat for decades of medal presentations, I mined her memories for material.  She not only attested to key elements of my book, but also gave me a wonderful gift before passing.  Aside from her kind words of support, she flattered me by going to the trouble of engaging a CNIB volunteer to read my book aloud in a series of sessions in her room in Barrie.

This personal tie made me want to use my 2018 blog as a venue to pay tribute to Jean and her army of Leacock Medal volunteers.  As many, if not most, of these people were women, I see the influence of women readers and writers throughout the award’s history.

So my excuse for not writing my annual blog update to my book until now flows from stewing over the many possible angles: a focus on Jennifer Craig; the three women nominees in 2018; all women short-listed over the history of the medal, or the woman who sustained the medal program and selection process that honoured them.

Or all of the above, which is what I tried to do here.