﻿Thanks to everyone who supported the Book Launch and fundraiser at the Ottawa Comedy Night for Parkinson’s.  With the addition of the Denielle Bassel’s Jazz Quintet, the annual event had a new dimension and made for an awesome way to mark the release of my new book: 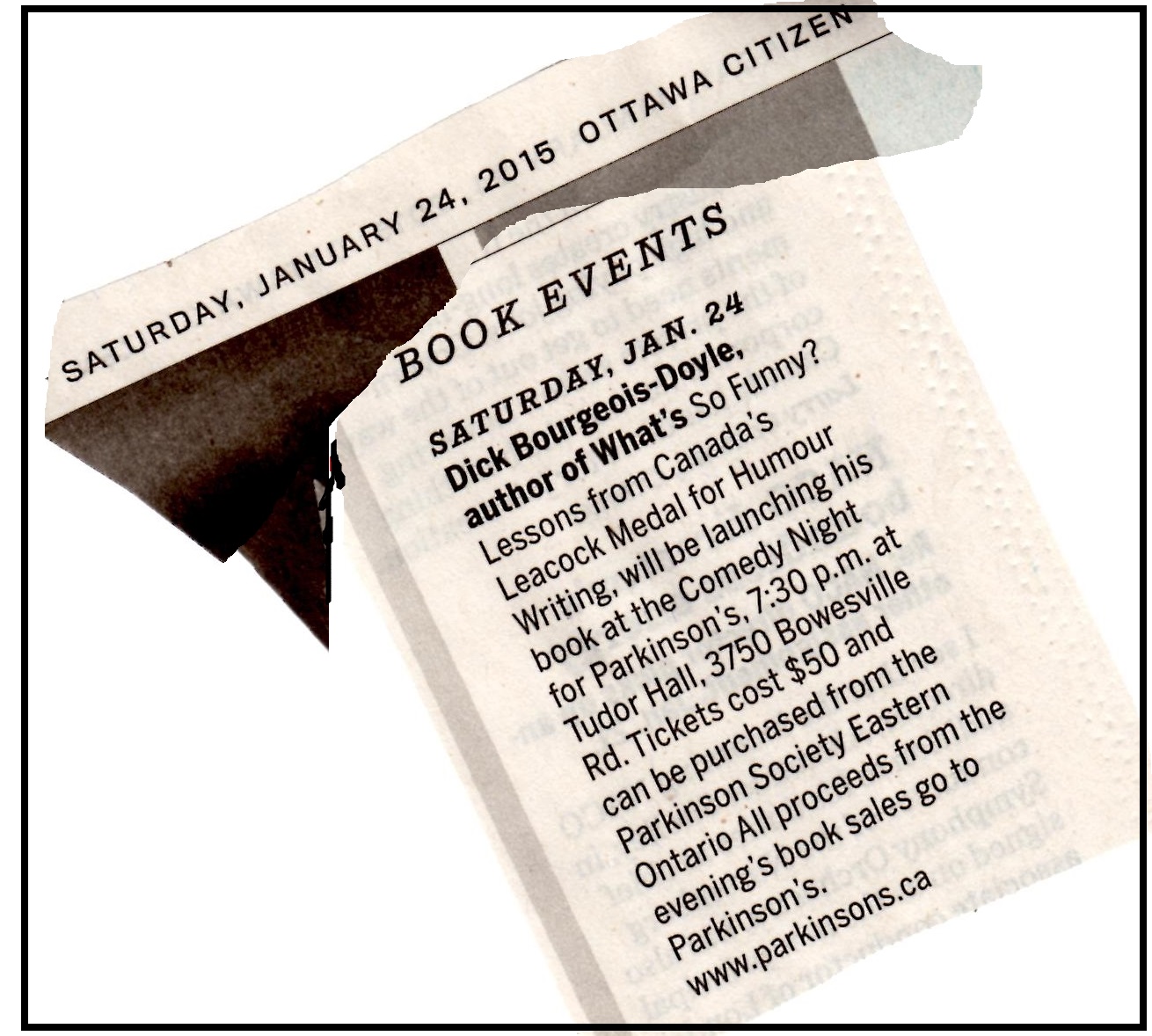 Really appreciated talking to people who had seen or heard media coverage and came out to commiserate about Canadian humour and the Leacock Medal.  Of course, it was very gratifying to contribute to the evening’s take for an important cause.
Thanks again to the people at the Parkinson Society of Eastern Ontario for providing me with this venue and kudos to Boom 97.3 gang for promotion and MC duties.

﻿
﻿
Very cool to meet comedians Rob Pue and Alex Nussbaum: both really thoughtful guys off-stage and slick performers on.  Naturally, I was buoyed by their interest in how Canadian humour has evolved over the years and in the patterns evident in the Leacock Medal books.  Nussbaum, whom you might recognize as a T.V. and film actor, connected with the audience right away and had people cracking up from the start.  Both he and Pue are great at acting out their bits.  Pue was in full flight when talking about his car accident a few years ago near Haliburton, Ontario that took his knee cap, shortened a leg, and later plunged a catheter hose into his manhood (“manhood” is the kind of euphemism we use in older Ottawa).  It's easy to imagine Pue stealing the show Jim-Carrey-style in film or TV.
Rob has won comedy competitions in Canada and the U.S., has been a regular on the MTV series Punk'd, been featured on the Comedy Channel, and performed in all Major Canadian TV Comedy Festivals - Just For Laughs Montreal, Halifax and Winnipeg.


In addition to standard comedy circuit stuff, either of these guys would lift up any corporate event.
Here is Nussbaum’s official website
http://www.alexnussbaum.com/
The video clip accessible here will give you a feel of Pue’s work
http://robpue.homestead.com/bio.htmland here's 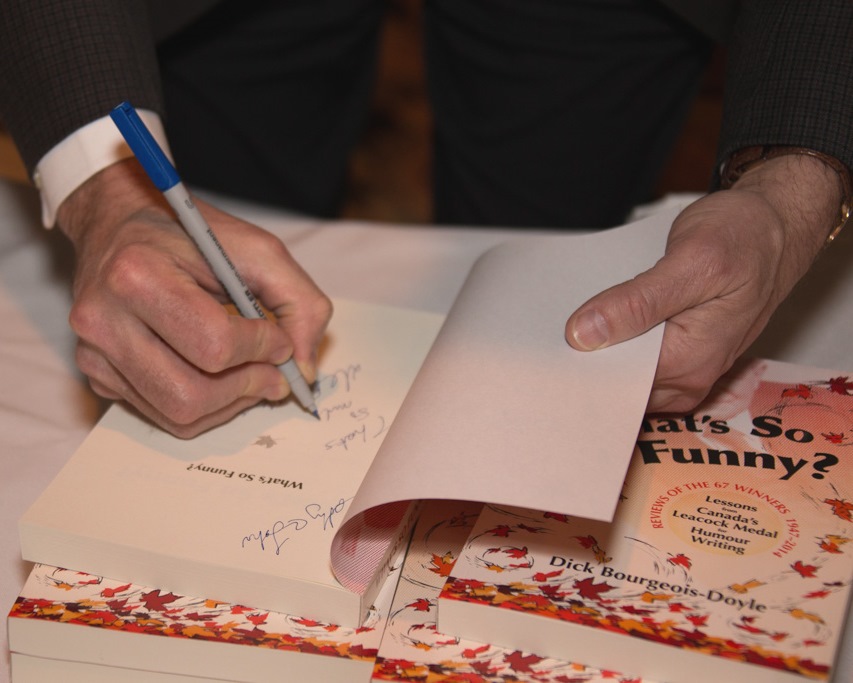 a link to more on the book.