Republic of Dirt by Susan Juby 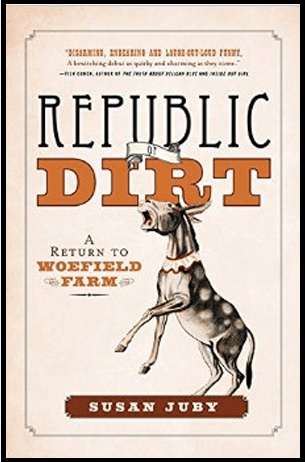 One big stone in the wall that separates my turf from the green pastures of great literature is an inability to assume other perspectives and other voices.


I struggle to find even one voice and to focus on a single point of view.


For this reason, Susan Juby’s book Republic of Dirt: A Return to Woefield Farm, the 2016 Leacock Medal winner, intrigues me.
Like its predecessor The Woefield Poultry Collective, it tells its stories from four different angles with four narrators.  The gruff and elderly Earl, the young adult Seth, eleven-year-old Sara, and Prudence Burns, the young, but matron-like owner of the farm, an imperfect plot of Vancouver Island land that provides a base and a sometimes home for all of the narrators.


The four get equal air time and have distinct personalities, problems, and perspectives.  All of them speak about themselves, each other, and peripheral characters: human, mule, and chicken.


It could have been confusing and complex, but the multiple narrators hold the book together with their intertwining concerns over the rebellious mule, Sara’s forced departure from the farm, the sensuous drama teacher that haunts Seth, and, most often, the vague illness that drains Prudence.


The four storytellers touch us by expressing their affection for the farm and each other in that gentle but quirky Leacock-Medal-style humour: the type that loves community, free-form family, and the kind of caring that sees the best in us.  The other characters, for example, persistently see Prudence as a strong and driven person who is temporarily impaired whereas a stranger might only see the tired exterior cloaking the strength inside.


It’s easy to see Sunshine Sketches in these stories as well as to feel the echo of other Leacock Medal winners like the family of farming hippies of Bill Conall’s Promised Land (2014) and the Gulf Islands Bed and Breakfast run by Bill Richardon’s Bachelor Brothers(1994). 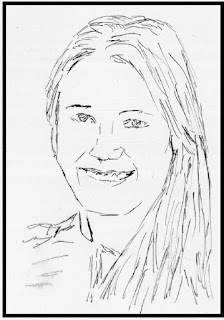 Certainly, Susan Juby, whose Prudence came to her inherited Vancouver Island farm from Brooklyn, would recognize a debt to the Wingfield Farm plays written by Leacock Medalist Dan Needles (2003) and to city girl Marsha Boulton who celebrated farming and family-like friends in Letters from the Country (1992).


In this, Juby does more than demonstrate a writing technique and ability that eludes trainee writers like me.  With her four narrators, she creates something greater than the sum of those parts.


Like a vocal group that can conjure a discrete voice from the blending of others (The Mamas and Papas called theirs “Harvey,”), four narrators can swirl around another entity and probably come closer to a truth than a single perspective on the whole of the interactions.


When I read W.O. Mitchell’s According to Jake and the Kid (1990), I recognized that whether a story was told with the voice and perspective of Jake or that of The Kid, the protagonist really was a separate boy-man who hovered between the two and between youth and adulthood.  That might be the key to creating a coherent story with four narrators – always keep that hovering synthesis – that unidentified fifth voice in mind.


My guess - and maybe the obvious one - is that this other hovering character in Republic of Dirt is the author whose heart contains fragments of the little girl,  the troubled teen, and the crusty old man while suspended between can-do strength and draining impairment.


Susan Juby could have tried rolling these features into a single character-protagonist, but her four-narrator approach lets the reader to do their own rolling, imagining, and, for walled-in writers who aspire to more than one perspective, learning.