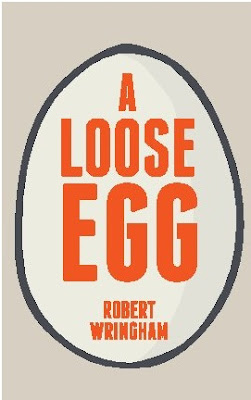 
But I made an exception a few years ago for Eric Nicol.  I nodded, smiled, and, a few times, snorted laugh-out-loud sounds as I read his final book (Script Tease - A Wordsmith's Waxings on Life and Writing) published after the writer’s 90th birthday and written after he’d received the above diagnosis.  The next year, 2011, Nicol died.   Evidently, death was the only way to put an end to his literary career and his efforts to make me laugh.


His life as a writer and humorist ran over seventy years.  During that period, he piled up 6,000 newspaper columns, pumped out written works of all kinds, and nabbed three Leacock Medals for Humour.  Some commentators suggest his silly style and his focus on everyday life fell out of fashion as post-Watergate political satire and rougher comedy ascended.


But it never fell out of fashion with me, and I have defended Nicol’s work as carrying a message and meaning beyond the surface-level, buying-a-shoe, riding-a-bike and doing-the-laundry subject matter might imply.  Nicol left over thirty books of humour behind, and I have yet to read them all.  He also influenced a generation of Canadian writers, and you can find echoes of Eric in many other books, plays, and columns today.   I do not lack the means to hear his voice. 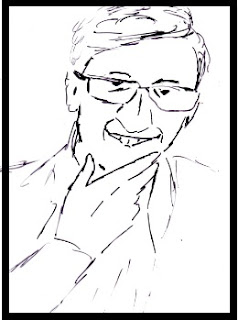 But I sense the spirit of Eric Nicol most strongly in the writing of one young humorist:  British born Montrealer Robert Wringham, a short-listed finalist for the 2015 Leacock Medal for Humour.


Wringham’s book, A Loose Egg, cracks me up like few others.   Light and silly, it seems dedicated to no other purpose than to amuse people like me.   Egg is an essay collection that floats over the writer’s life as a boy in Dudley, England where he gloats about his Hungry Hungry Hippo victories on to university days in Glasgow where he and colleagues in the library pass time trying to get the cash register to spit out an unbroken chain.


Married life in Montreal consumes the last part of the book with the anxious account of a loose egg in the refrigerator.   It also describes the procrastination perils of hammock ownership and pastimes like psychic air traffic control of flies.


It all made me laugh, sometimes uncontrollably, and recalled Eric Nicol’s capacity to capture the vapors around what others might label “nothing” and package them in a way that resonates and makes us smile.  Wringham’s tight style does this really, really well, but I admit it is a struggle to find a deeper or more-than-the-sum-of-the-parts meaning to his book.


Recently, I heard award-winning author Miriam Toews say “that when nothing is happening; it still is life” and worth documenting and celebrating.   This might hint at the higher merit of a collection like A Loose Egg though, for me, it’s more than enough that it makes me laugh.


“I’m a humorist. I lift people’s moods,” Wringham says in comparing his worth to the work of a crane operator.


For such reasons, I was rooting for Wringham in the final phase of the Leacock Medal competition and thought his career needed the boost more than the other finalists. But against the criteria of literary style, I am afraid a more meritorious book may have won.


Nevertheless, you can find something profound in Robert Wringham’s writing.  A profoundly creative take on the world and an imagination that can muse over Mr. Peanut’s monocle and 3-D movies, can mix organ transplants with an egg sandwich, and can intertwine dental hygiene with geo-politics.  His essays are tightly written with a skill that Eric Nicol might have admired even at his prime.


Perhaps, someday Robert will roll up his creativity and skill in a novel or collection with some lofty, integrated objective.  But I hope he puts it off until I turn 90, start showing signs of Alzheimer’s, and have forgotten the sweet, silly, first-time experience of reading his stuff about nothing.

Your hammock breaks on the same day as a new magazine arrives in the mail.  In 500 words, explain how you respond to the crisis.
DBD
May 2015